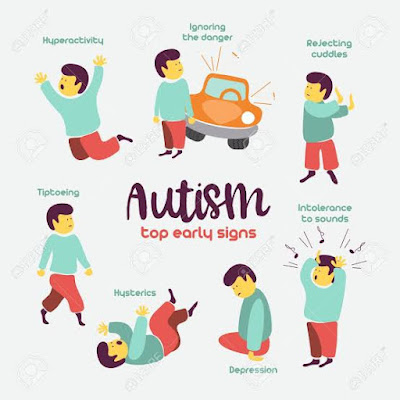 The autism spectrum disorders are a heterogenous neuro of meri behavioural syndrome, characterised by difficulties in the development of social relationships and communication skills, limited or severely impaired imagination and extremely repetitive and rigid patterns of behaviour,and marked by the presence of unusually strong narrow interest. There is no single cause for these disorder. This disorder appear during the first three years of life, and know no racial, ethnic,or social boundaries. Family income, life style and educational level do not effect the chance of autism's occurrence. The word 'Autism' was first used by Bleuler, a swiss psychiatrist in1911 to refer to schizophrenia.  Then, over 50 year ago, Leo kanner(1896-1981), published a paper I. 1943 on "early infantile autism'' to this group of children, all of whom appeared to share common characteristics such as withdrawal and ritualistic behaviours. After Kanner, paediatrician Hans Asperger (1906-1
Post a Comment
Read more »